The Bipolar Symptoms You Might Not Realize Are Symptoms 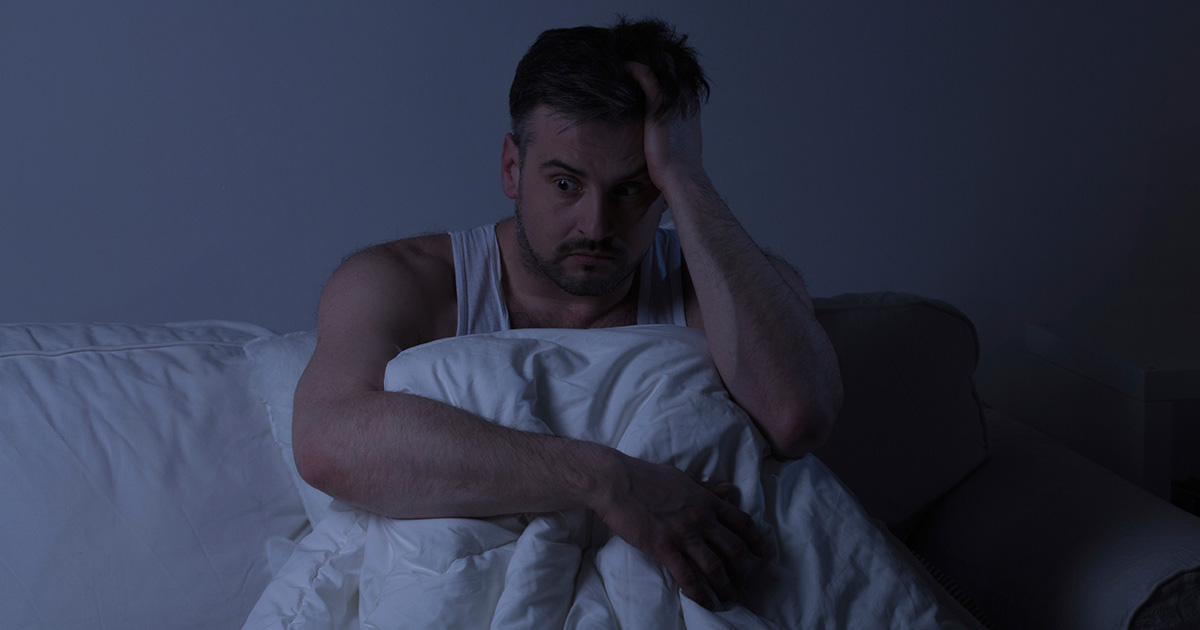 Many people today are aware of the basic symptoms of bipolar disorder, sometimes also called manic-depressive illness. The disorder is characterized by extreme changes in mood, ranging from mania to depression. These episodes vary in duration, frequency and severity, and can cause erratic and even destructive behavior.

But aside from the traits that define the disorder, there are many lesser-known symptoms of bipolar — some of which might seem completely unexpected or even appear unrelated.

I remember the day I realized what psychosis actually was. I'd always heard it described as a "break with reality," which never made a whole lot of sense to me and didn't sound like something I'd ever experienced — until I started reading more about it, that is.

A psychotic break can often involve delusions or false beliefs that a person believes to be true despite lack of evidence, or evidence to the contrary. These might include the belief that one is a god, is impoverished, is being controlled by other people or forces, that one's thoughts are being read by an outside force, or even that one's spouse or partner is having an affair — that one is particularly painful; I've suffered from it on several occasions.

In some forms, psychosis manifests itself as catatonia, disordered thought (including 'word salad'), and hallucinations.

This was the sneaky little thing that did a great job of hiding my condition for a long time despite having suffered from bipolar episodes for more than 15 years. Hypomania is an elevated mood, but is usually much less noticeable than full-blown mania.

People who are hypomanic might suddenly be very sociable, but not obnoxious in the presence of others in the way someone who is manic can be. They might spend more money than usual, but generally not to excess. They will probably sleep less than usual but maintain a normal to high level of energy, and they will very likely be much more productive than they normally are.

You can spot my hypomanic episodes from a mile away — my house is normally never that clean.

One pattern you might notice in bipolar people is that they often have a lot of unfinished projects lying around. They may start new craft projects they'll never finish, decide to start a business that doesn't really take off, or plan grand vacations that just never seem to happen.

People with bipolar disorder jump easily from one task to the next, leaving many incomplete ones in their wake while searching for the next interesting shiny new thing. I think I have about 15 unfinished sweaters tucked away in bags and boxes somewhere. Realistically, no matter how good my intentions, most of them will never see the light of day again.

Those with bipolar disorder are at a greater risk of abusing alcohol or drugs at some point. In many cases, it can be a form of self-medication; different substances influence the mood in different ways.

You May Also Like:Understanding the Difference Between BPD and Bipolar Disorder
Related Search Topics:

I have an aunt who is bipolar, which I only found out much later in life. One of the defining personality traits I remember when I was younger was that she was always buying things. And I don't just mean buying common purchases more than usual, but all kinds of things.

She owns about ten distinctly different sewing machines, several expensive spinning wheels, more cars than there are drivers in her household, and every weird gadget from nearly every infomercial she's ever seen. She doesn't even use any of these things, because by the time they've arrived in the mail she's ordered the next thing she can't live without and has forgotten all about the others.

The same aunt also built and fully stocked a Y2K shelter back when everyone was convinced the world was going to end in the year 2000, and has joined several religious groups over the years that may or may not have been cults. Self-control is not her strong suit.

One of the symptoms we rarely think of in conjunction with bipolar disorder is long-term sleep problems. You may be aware that someone in a manic phase generally sleeps very little, but what you might not know is that a surprising number of bipolar people have sleep problems outside of mania that can be extremely difficult to treat and can lead to serious difficulty with basic daily functioning.

I've tried every sleeping pill my psychiatrist recommended; none of them — and I mean none of them — worked. This had been my normal for many years until my therapist finally recommended an anti-psychotic, which allows my thoughts to slow down and makes me just drowsy enough to drift off reliably every night. A bipolar friend, however, takes the same medication and still can't sleep. Everyone is different, and our individual sleep problems are just as unique as we are. Make sure to discuss your individual sleeping issues with your healthcare provider, as they can help you determine an appropriate treatment plan. Many sleep aids and medications can have serious risks and side effects, so always talk to your doctor first.

When I was diagnosed as having bipolar disorder, my psychiatrist added that I was also what was known as 'rapid-cycling.' He explained that this meant I experienced four or more episodes a year. I laughed, and told him it was more like four a month sometimes.

It's not really funny, but to me the idea that anyone had fewer than four was totally strange — in reality, I was the rarity. Rapid cycling affects around 10–20% of people with bipolar, more women than men, and occurs most often in people who had their first bipolar episodes at a younger age, generally in their mid-to-late teens.

As if being bipolar weren't already difficult enough, bipolar people often find themselves saddled with a plethora of coexisting, or 'comorbid' conditions. Borderline personality disorder, ADHD, panic disorder, obsessive-compulsive disorder and social phobia are just a few of the many extra 'toppings' someone with bipolar disorder might expect to come with their condition.

These comorbidities can make each condition much more difficult to treat, especially as there can be significant overlap in their symptoms; sometimes it's hard to tell where one ends and the next begins.

At the end of the day, the myriad symptoms of bipolar disorder just serve to reinforce the fact that there is no 'normal.' Even a psychiatric illness with a defining set of characteristics can differ drastically from person to person.

Everyone's experience with bipolar disorder is unique, and should be treated as such. Bipolar patients should work closely with their medical professionals to address and treat their unique set of symptoms individually, and reassess treatment plans as symptoms change.

Kiki Woodham
Kiki is an American artist, writer, and bipolar superhero living in the Netherlands with her partner, their two kids, and a very disagreeable cat. She loves knitting, postapocalyptic shooter games, and Hayao Miyazaki films. Visit Kiki's blog to see a selection of her work and read her sporadic blog posts. See all of Kiki's articles
More Articles by Kiki
Resources
Print This