The Relationship Between Bipolar Disorder and Substance Abuse 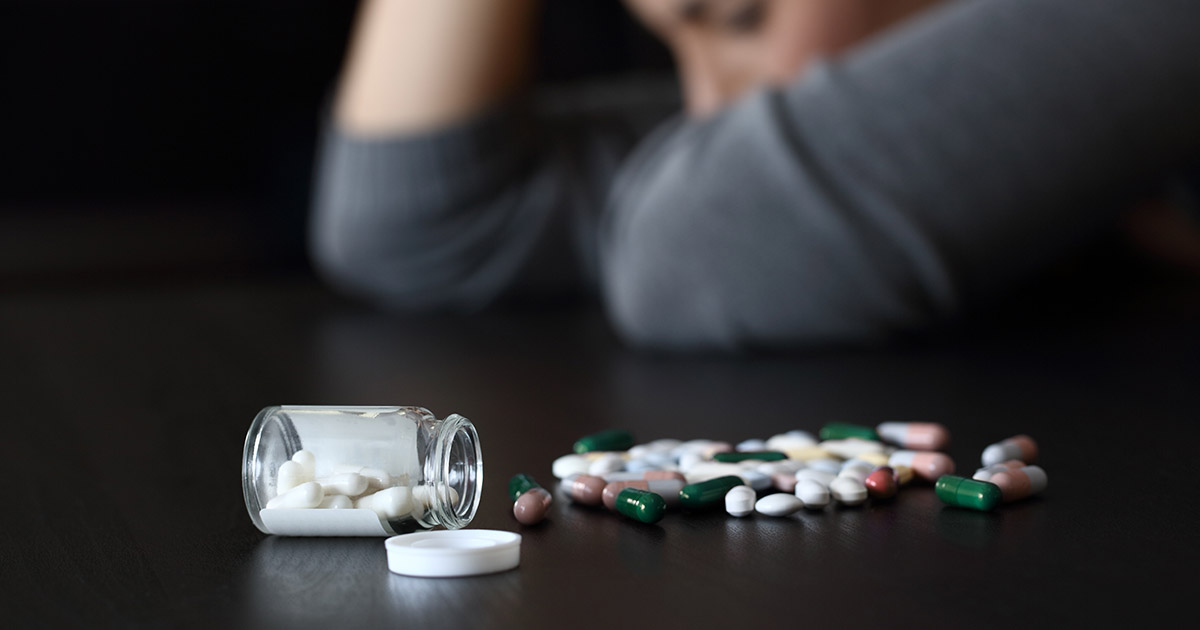 Being on the bipolar spectrum is hard to come to terms with and hard to deal with on a long-term basis. Add in substance and/or alcohol abuse to this diagnosis and life can become increasingly difficult.

There are multiple reasons that someone with bipolar disorder might seek out creating an alternative state of mind through alcohol or drugs; it may be a way of self-medicating or a way of coping with the symptoms that bipolar brings with it.

How Common Is Addiction in People With Bipolar Disorder?

The risk of comorbidity between bipolar disorder and the abuse of either substances or alcohol is high – multiple recent studies have placed the correlation as high as 60 percent. This factor brings with it new dangers and symptoms, and can place a person with bipolar at a greater risk of harm.

Some people use stimulants like cocaine, methamphetamine or speed to try to end a depressive episode by triggering a hypomanic episode. Using stimulants could also be the result of early stages of hypomania itself, as inhibitions are lowered and the sufferer begins to chase an even greater high. In contrast, some people use substances that bring the mood down – like heroin, benzodiazepines and alcohol ­– in an attempt to dampen down a manic episode.

Statistics show that substance abuse is more likely to affect men with a bipolar disorder diagnosis, however some studies have shown that it tends to be women who self medicate with alcohol to a greater degree.

There have been multiple studies conducted with regards to substance/alcohol abuse and bipolar disorder, and a lot of the associated findings have been very useful in advancing treatment options and providing a greater understanding of how the two factors link in together.

For example, multiple studies have shown a strong correlation between the age of bipolar disorder onset and the risk of substance/alcohol abuse. Patients who showed their first episode (in particular a manic one) between before the age of 19 were far more likely to suffer with some form of addiction at some point during their disorder.

My Story With Bipolar Disorder and Substance Abuse

Cocaine has been found to be one of the most common drugs used by bipolar sufferers. It is also one of the most addictive. In my mid 20s, after being diagnosed with rapid cycling bipolar I but before I was stabilized, I would abuse cocaine during an episode in order to party harder and chase that elusive higher state.

Sometimes I’d even use cocaine to trigger a manic episode. My depressive episodes, although rare, hit hard and fast and it seemed to me that triggering the first stages of mania, those productive weeks where I felt unstoppable, was the only option.

I was extremely lucky that I never became addicted to such a dangerous drug, but I still do not let my guard down in regards to this – I understand I am at a greater risk, especially during the early stages of mania.

The Risks of Bipolar Disorder and Substance Abuse

Unfortunately, the use of stimulant drugs can bring with it a whole new set of risks – the substances can make episodes lasts much longer and push them to higher extremes, bringing greater effects and repercussions.

There is also a high risk for psychosis associated with stimulant use, especially in patients diagnosed with bipolar. Adding in a stimulant that increases the risk of psychosis on top of a disorder that can bring with it psychotic episodes is extremely dangerous, and poses a great health risk.

There are long-term health implications associated with substance and alcohol abuse in bipolar disorder patients, too. Alcohol abuse can bring with it the risk of physical health effects such as liver damage, withdrawal effects including major seizures, and can be extremely damaging to babies during their development in the womb.

Abuse of stimulants carries the risk of cardiac issues, malnutrition due to constantly suppressed appetite, and can cause major withdrawal symptoms. Heroin, arguably one of the most dangerous drugs in society, poses multiple risks to the user: infections may occur at injection sites, there is a much greater risk of diseases such as Hepatitis C and HIV/AIDs, and there is the ultimate risk of fatal overdose.

Using drugs can also have severe implications on the user’s life – they may lose employment, fall into large amounts of debt or lose loved ones who could provide vital support. These factors also carry with them the increased chance of an episode being triggered, especially a depressive one.

Bipolar users often fall into a vicious circle, using the drugs to self medicate, but then due to the negative effects of the usage falling back into another episode.

One of the most severe implications of a dual diagnosis of bipolar and substance/alcohol abuse is the increased risk of suicide. People who are diagnosed with a bipolar spectrum disorder are at a greater risk of suicide than the general population and this risk increases when substance/alcohol abuse is added in, as the user becomes far more vulnerable.

It is vitally important to seek help immediately if you believe you are addicted to any substance or are at risk of becoming so. Groups such as Narcotics and Alcoholics Anonymous can provide vital support, but higher levels of addiction may require inpatient stay or at least some form of specific medical treatment to address the symptoms of withdrawal.

Treatment for dual diagnosis has progressed rapidly over recent years, and the outlook is much brighter than it was 10 years ago. However, early intervention is the key to a quicker recovery and a much better prognosis going forward.

If you feel you need help with bipolar disorder and substance abuse, please talk to a medication professional as quickly as possible – you may need medical help to cope with the physical withdrawal symptoms, and not having this in place can bring with it dangerous health implications.