How Creativity Affects the Minds of People Living With Bipolar 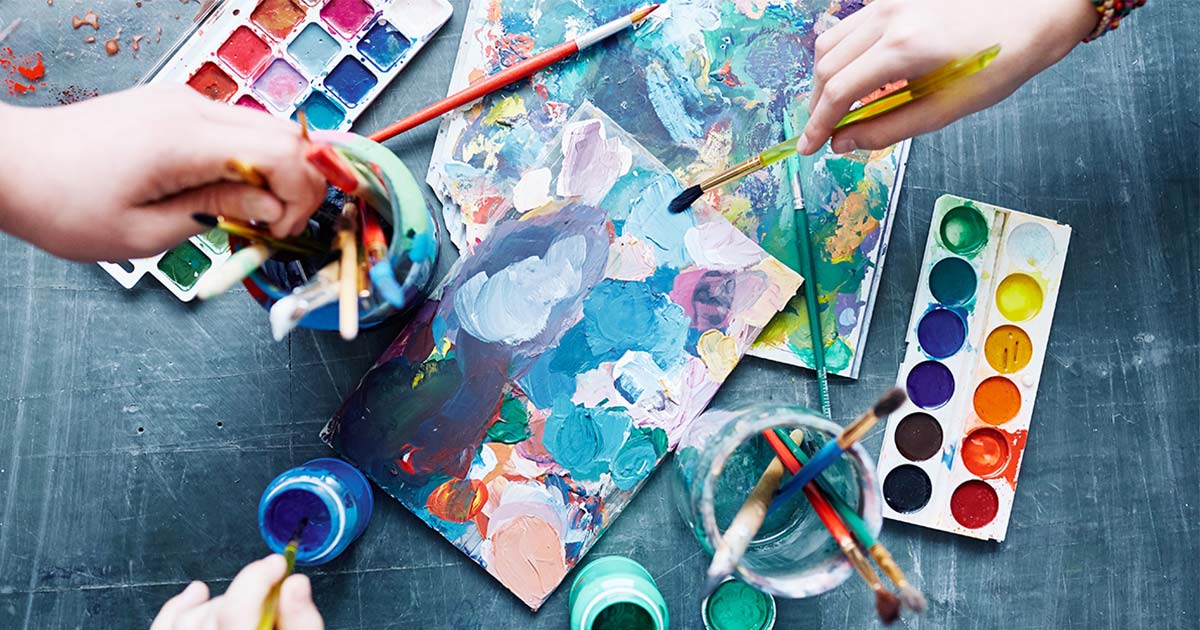 What do Demi Lovato, Carrie Fisher, and Ernest Hemingway all have in common? They all have achieved success in artistic pursuits while living with bipolar disorder.

They are not alone, hundreds of other artists – actors, writers, painters, musicians – who have been diagnosed with bipolar disorder.

Although this connection is widely discussed in our contemporary culture, the link between creativity and bipolar disorder goes back centuries.

The Documented Link Between Bipolar Disorder and Creativity

One of the first studies linking mood disorders to enhanced creativity was conducted in the 1970s at the University of Iowa.

The study followed thirty prominent authors and found that 43 percent of them had bipolar disorder.

These findings were confirmed a decade later when Kay Rafeld Jamison, a renowned American psychologist, found a similar trend when studying group of authors and visual artists in England’s Royal Academy. In that study, 38 percent of the participants had been treated for a mood disorder.

What Does the Science Say?

While there is a clear link between bipolar disorder and creativity, the scientific evidence for such an association has been harder to come by.

However, in 2015 a group of researchers proved that creative people are 25 percent more likely to carry the genetic markers associated with bipolar disorder.

Although the evidence is substantial it doesn’t mean that every creative person is bipolar, nor does it mean that all bipolar people are exceptionally creative. It just means that you are more likely to be extremely creative if you have bipolar disorder.

Many creative people living with bipolar disorder experience tremendous highs which heighten their senses, allowing them to live in a world of ideas that fuels their work.

When caught up in these highs they can ignore normal bodily needs for rest and self-care. Their lives can become a racing train of excess and addiction. They go to great heights to create incredible masterpieces, and then they fall from this grand place into an abyss of depression and despair.

In this dark place, more inner demons that were once dormant can fully come to life and hold them captive in a life of torment.

For every mountain top experience, every masterpiece and great work of art there can be days, months, even years of torment.

Edgar Allen Poe, who was thought to have bipolar disorder died as a result of his alcoholism, heart disease, drug use, and infectious disease.

Kurt Cobain was diagnosed with bipolar disorder, and even his great success as a musician could not cover up a life of torment that tragically ended in suicide.

In fact, many artists including Hemingway and Van Gogh all died as a result of suicide.

Because of these tragic outcomes, many researchers hope that exposing the link between creativity and bipolar disorder will raise awareness and allow these tortured souls to get much-needed treatment.

While it seems logical that if Van Gogh or Hemingway were alive today, they could simply get treated, find relief from their inner demons and lead a good life.

However, some artist resist treatment for bipolar disorder because they feel that it stifles their creativity. They believe the medication can cut them off from the euphoric highs that drive their imagination and creative process.

While the lack of medication can enhance the creative process, the long term effects can be tragic. The friends and family members of such tortured artist can bear a heavy load. Watching someone travel from fantastical highs to devastating lows can be an ordeal of its own.

In 2016, we lost Carrie Fisher, an incredibly gifted actress, and best-selling author. Carrie was extremely bright, mastering foreign languages in addition to her complex movie dialogue. At the age of 19, she famously did a press interview in French, beaming with confidence and enthusiasm.

You May Also Like:Understanding What Bipolar Is (and Isn’t)
Related Search Topics (Ads):

Carrie suffered from bipolar disorder and was a tremendous advocate and ambassador for the condition.

She spoke openly about bipolar in hopes of reducing its stigma. In the 1980s she had a near fatal overdose and wrote the novel, Postcards from the Edge, to bring a fresh, funny voice to the ongoing mental health dialogue.

Carrie bravely shared the struggles with her illness and with alcoholism and drug abuse. She created a one woman show, Wishful Drinking, to openly share her struggles and even proposed the idea of a Bipolar Pride Day.

Her frank and candid dialogue about living with bipolar disorder opened up many doors for the rest of us, and like many of us, Carrie understood that bipolar was not a disease that can be conquered with one significant blow. Instead, it is a disease to be managed, through the ups and downs.

Carrie was a great inspiration to us all, and as the next generation of entertainers, like Demi Lovato, open up about their struggles, it makes all of us stronger and more capable.

While the notion of the tortured artist may never go away, we can only hope that the damaging effects of this lifestyle will lessen and that their artistic achievements will continue to shine through!