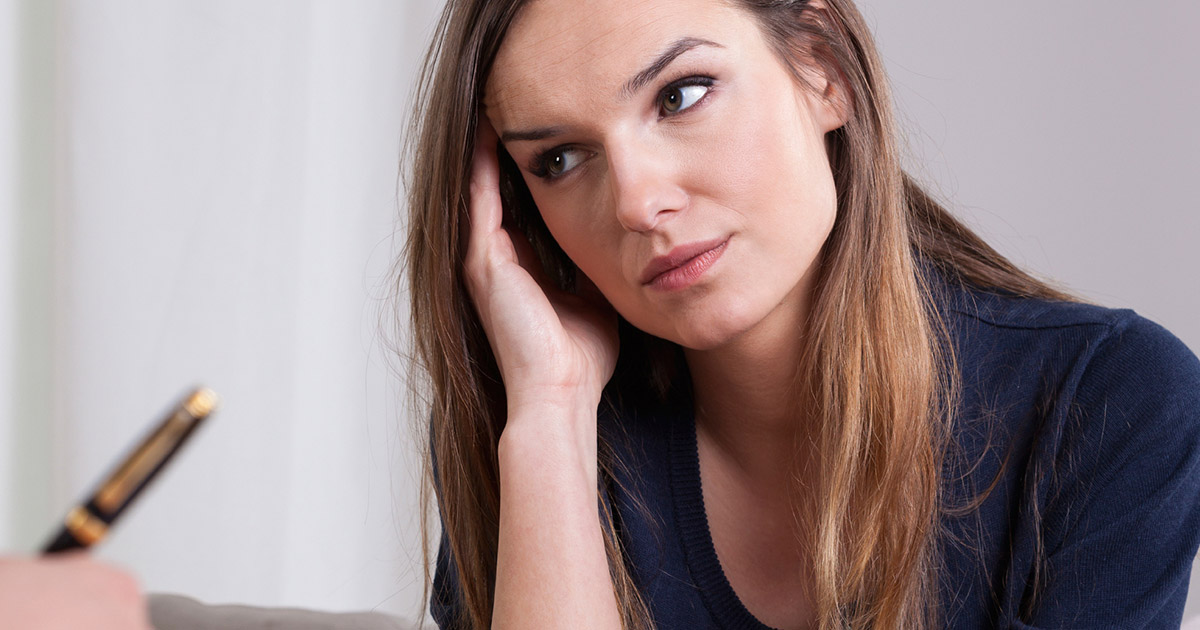 Kiki’s Journey To Being Diagnosed With Bipolar

It's been four years since I first sat in a waiting room that has since become so familiar, about to meet the psychiatrist who would confirm what I already knew to be terrifyingly true – that I am bipolar.

Many of us have experienced it, and some have yet to; the fear, anticipation, and pain that go hand in hand with being diagnosed with bipolar disorder. It can be a long, trying, and emotional process. For some, finally getting that bipolar label can take years or even decades after the first symptoms appear. The stigma and misconceptions surrounding bipolar disorder and other mental illnesses can make it difficult for people to talk about or even fully recognize the signs in themselves or a loved one.

By the time I was diagnosed, I had been battling bipolar for more than half of my 30 years. In that time I'd barely scraped passing grades between depressive episodes in high school, been on and off antidepressants since I was 20, burned through several extremely unhealthy and abusive relationships (including a marriage that lasted just about a year), flunked out of college, made a couple attempts at university, had a baby, met the man I'd spend the next ten years (and hopefully many more) with, lived in three countries, had another baby, started various self-study courses that I never finished, and tried to get a handful of home-based businesses off the ground.

Through all of this, I'd always assumed that whenever my life finally “settled down,” I would as well. I had the idea that once I had the chance to catch my breath - after a move, the birth of a child, the start of a relationship - my mind would finally calm down and I could lead what I thought would be a normal life. There wouldn't be anything to be depressed about anymore.

What happened instead was that, after all those years of going untreated, the episodes I didn't know I was having became more frequent and severe. Finally at age 30, with a stable home, a man who loved me, and two beautiful little girls, I was depressed, crippled by anxiety, and for the first time in my life, truly suicidal. It felt like I was doing something wrong - I was always told that if I had a good life I would be happy, and while I was certainly happy with my circumstances, I was deeply depressed and wanted to die.

Now I knew I really needed help. What I was experiencing was far beyond being depressed when things were going badly around me (unstable childhood, adjusting to living in a new country, the stresses of single parenting/divorce/bad relationships, etc.). I finally realized that it was my own brain's chemistry working against me, not just my surroundings.

This was the time to ask what and why, to give it a name, and to get medical treatment that would give me a good chance of straightening things out and living a healthy life.

I've always loved learning and my answer to every problem is to arm myself with as much knowledge as possible, so I started reading. A lot. I read everything I could get my hands on about depression (the one constant I could give a name to) and its many causes. I knew that I had responded poorly to antidepressant medication in the past. That was one of my best clues to unraveling my brain's mysteries.

I also knew that these depressions kept coming, no matter what was going on around me. I slept badly, I had a very quick temper, I was impulsive and tended to spend more money than I should, and my eating patterns changed drastically with my mood. Looking back now I can almost laugh about it. I can paint such a clear bipolar picture of my life that it really is astonishing that I went undiagnosed for so long, but there are a lot of factors at play, including poor medical care during my teenage years and most of adulthood.

Eventually I started reading about bipolar disorder on Wikipedia, which was where I came across an interesting bit about type II bipolar - the kind where one experiences harder-to-recognize hypomania in place of full-blown mania, and which is often characterized by many, many depressive episodes.

I also read about what can happen to a bipolar person when they're treated with just antidepressant medication; it can cause a manic switch, which put my brain's response to SSRIs into very clear perspective. I had always become agitated, angry, aggressive, and very, very busy when I had taken antidepressants in the past. I had experienced several manic switches without knowing it, and since I simply stopped taking the medication without talking to my doctor, it was even harder for anyone to spot the problem.

Now I had knowledge on my side. With a pretty good idea of what was going on, I spoke to my doctor, who very quickly agreed that I probably needed mood stabilizers and referred me to a psychiatric clinic - which was where I found myself that day, in that waiting room, with a horrible feeling of dread in the pit of my stomach.

I first spoke with a nurse practitioner (in the Netherlands, a psychiatric nurse or SPV works with your psychiatrist and handles much of your routine psychiatric care). She asked me some routine questions about my moods and symptoms, and I very clearly remember the moment, after about 5 minutes, when she looked at me and asked, "So HOW did you go this long without anyone figuring out you're bipolar? Because you really, really are."

Not a Walk in the Park

Getting that diagnosis was just the first step. It's still a process, and there's always something to be tweaked, discussed, added on to my diagnosis, or treated. For quite some time I had difficulty accepting it, and for a while I even felt that I was only the person I was because of a disease, and that everything I did or said was wrong and 'not really me' because it was the product of illness.

I've come to see that, of course, that's very far from the truth. It's true that every aspect of what makes me who I am has been shaped by my circumstances, but that doesn't make it wrong or bad. I've learned to accept the bipolar aspects of myself, because without them I wouldn't be me, and I happen to really like who I am in spite of my illness. I didn't ask to be bipolar; I've shaped my life as best I could with the tools I had.

With acceptance came more changes and periods of adjustment. I've since been 'upgraded' from bipolar II to bipolar I – a dubious honor I was less than thrilled about. I've also learned that I have borderline personality disorder and bipolar together as well as very severe social phobia. Medications have been added over the years – first lithium, then lamotrigine, clonazepam for acute anxiety and panic attacks, quetiapine to help me fall asleep, and most recently an MAOI for my social phobia.

I've gone off meds altogether for a period (bad idea), lowered my doses of lithium and lamotrigine to reduce side effects (very good idea; I respond better to low doses), tried marijuana to help me sleep (and discovered that many types actually wind me up instead of slow me down), and made significant dietary and lifestyle changes. I've also opened up to the people in my life about my illness, and become an outspoken advocate for mental health awareness and understanding.

At the end of the day, being bipolar isn't as bad as I'd always feared. Does it feel unfair? Absolutely, and often. Nobody wants to live with a lifelong illness, but still, I wouldn't be who I am today without it. I am here now – very much alive, very much bipolar.

That diagnosis saved my life, and helped me to start living it.