Managing Bipolar While Coping With Anxiety 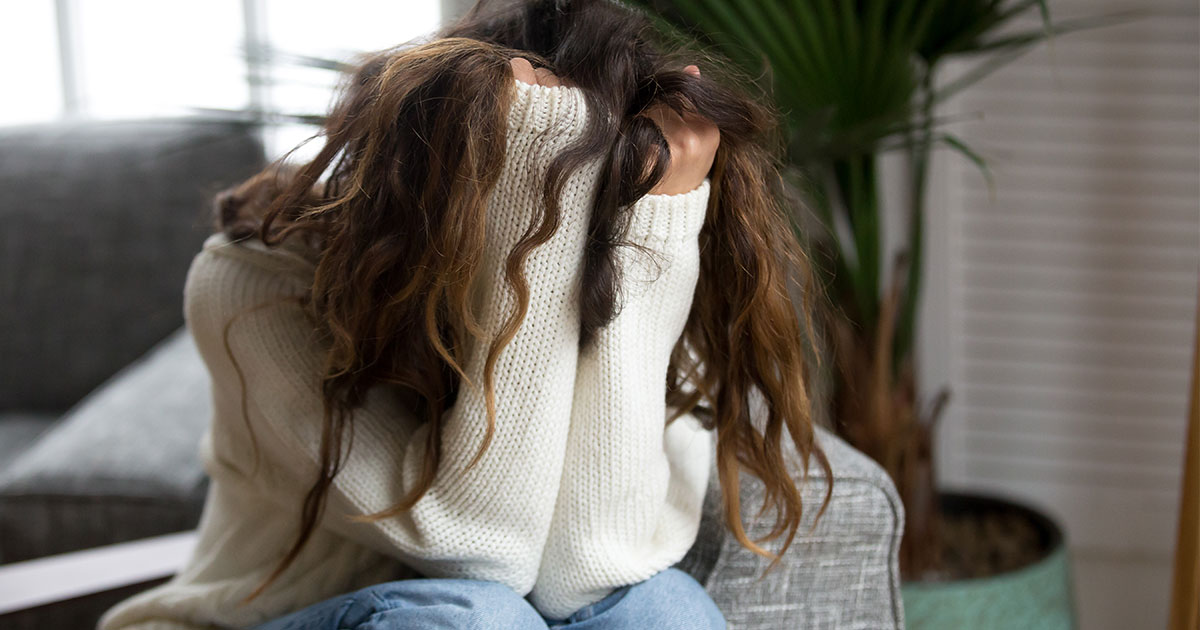 It's 7 o'clock, I'm sitting in the cinema with my oldest daughter and my partner, and I'm fighting back an anxiety attack. A trailer has just finished playing. It was loud - really, really loud. Sustained high volumes, and for too long. It featured countless explosions, blaring music, and the sound was turned way up. It takes some time to calm myself, return my breathing to normal, and slow my pounding heart down to a healthier rate, but I do manage it and I don't end up having to leave. We enjoy the movie and by the time we get home, I feel normal again.

These days, that kind of loud, nonstop noise is all it takes to bring on a panic attack. I've been sensitive to noise my entire life, but the last few months have been far worse. A crowded bus full of rambunctious children is enough to send me spiraling into waves of nausea and fear and that uncontrollable need to flee or hide, anything to get away from whatever has triggered it this time. I deal with these bipolar hypersensitivity attacks in the only way I can - tackle them head on, because they're coming eventually and there's not much I can do to prevent them.

My story isn't unique or special. The fates seem to have decided that bipolar disorder wasn't quite enough to deal with, so lots of us find ourselves facing extra comorbid conditions in addition. Anxiety, in its many forms, is common. Me? Throw some ADHD, borderline personality disorder, severe social anxiety and rapid-switching type I bipolar into a blender and you've got a Kiki cocktail; sprinkle with random panic attacks for that extra special zing.

The panic attacks aren't even the worst aspect of my battle with coping with anxiety. My real fight comes in the form of social anxiety, which was never much of a thing for me until I moved to a foreign country (the Netherlands) and had to learn a new language (Dutch). Sure, I grew up shy and reserved, but I was a late bloomer, and found my inner social butterfly in college. From then on I was more outgoing than I ever could have imagined.

It wasn't until the move that things changed. I'd moved too many times - Germany, Canada, all over the U.S. - learned too many languages, and left too many friends behind. This was the proverbial straw and I was the camel. I became withdrawn, anxious, and reserved around all but my closest friends. With each passing year it became more and more difficult to connect with family, make friends, go out, maintain relationships, attend birthday parties, and generally function around other people.

What I've since learned about social anxiety is that it stems from perceived scrutiny; it makes perfect sense, then, when I add the strain of trying to communicate in a new language and adapt to radically different cultural standards, as well as a dip in self-esteem following significant weight gain, that I feel like an object of scrutiny as I struggle to adapt and blend in. The strain grows exponentially the longer I'm subjected to a social situation, to the point that I'm often usually ready to leave a birthday party an hour after arriving. I need to take medication just to get out of the door, and when I'm in a group I spend most of my time quietly listening and waiting for it to be over instead of engaging and participating.

Next page: finding ways to cope.