How Yoga Can Help With Bipolar Disorder 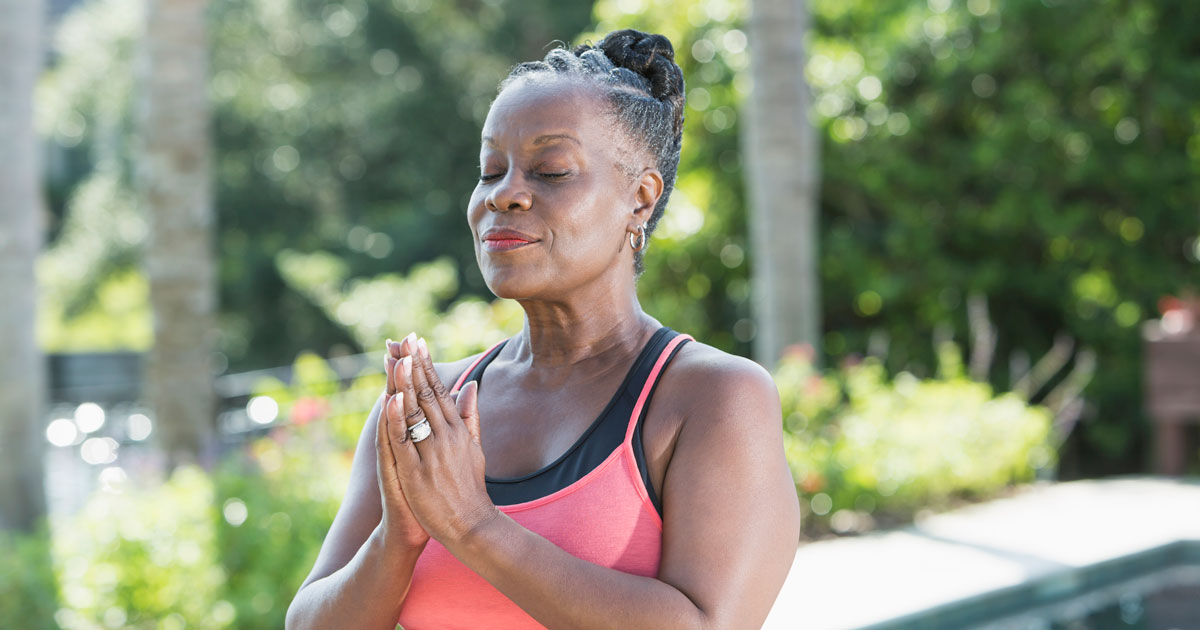 I was first introduced to yoga through a DVD I purchased one night at Best Buy. The next morning, I opened it and started my yoga practice.

When I pushed play a calm, relaxed woman whom I’ll call Mona greeted me. She spoke in soothing tones and wore yoga pants with a colorful tank top. Although she didn’t possess a “killer body” she was lean and fit.

She was someone I could aspire to. I liked Mona.

She started with a series of deep breathing exercises — and then there were the stretches. That is when I found out I wasn’t as flexible as I thought I was.

Then we started with some basic poses and they weren’t too difficult. I could form the poses, but it felt like I had to hold them for an eternity and that was kind of boring.

When I got bored Mona would say something soothing and encouraging like, “Remember, this yoga is supposed to feel good!” or, “You’re doing great, now dig deeper into that pose.”

When we graduated to more complicated poses sometimes I’d cheat and grab the wall to balance myself. Thanks to Mona I learned to breathe deep — even through my mistakes and shortcomings.

We did more poses and then did a cool down and more stretching. We ended in the final pose where we laid on the floor, arms and legs relaxed, breath deep and rhythmic.

The Realities of Yoga

Nothing mystical or magical happened during my first yoga experience. The next day I was a little sore, but I tried it again and again, three times a week.

After a few months, the amount of time we spent holding the poses didn’t seem nearly as long. I was also able to go deeper into my poses because I was more flexible and my balance had improved.

But perhaps the greatest testament to the transformative power of yoga in my life came when a co-worker told me that I looked centered. I’ve received many compliments, but now I was centered.

I felt more focused and had more direction. My mood was less erratic. I had lost a few pounds, too, possibly due to less mindless munching.

Can Yoga Help People With Bipolar?

The majority of responses from more than 70 respondents indicated that yoga has benefits for people with bipolar disorder. All participants were asked, “What impact do you think yoga has on your life?”

The vast majority of responses were positive; about one in five respondents characterized yoga as “life-changing.” One even said, “Yoga has saved my life ... I might not be alive today were it not for yoga.”

Twenty-nine other respondents said yoga decreased anxiety and promoted calm or provided other emotional benefits. When asked how yoga affects mania symptoms, calm was cited as a specific benefit for 23 respondents.

Other benefits that were mentioned repeatedly included distraction from depressive thoughts and increased clarity of thought.

“There is clearly evidence that yoga seems to be a powerful practice for some individuals with bipolar,” the researchers wrote in the paper. “It was striking that some of our respondents clearly believed that yoga had a major positive impact on their lives.”

The survey reinforced the notion that practicing yoga in an environment where you feel comfortable and accepted, within your ability, may be the most helpful.

One psychiatrist not affiliated with this study said, “Like meditation, controlling your thoughts and emotions through your body is a powerful experience that is the opposite of depression and anxiety. Being able to be the master of your own mind is the opposite of bipolar disorder when you feel out of control. Yoga teaches you strategies of self-control.”

How Does Yoga Work?

Yoga is based on the mind-body connection. This means our thoughts, feelings, beliefs, and attitudes can positively or negatively affect our biological functioning. To put it another way, our minds are very powerful in how healthy our bodies are!

Unfortunately, it works both ways; what we do with our physical body (our nutrition, physical activity, even our posture) can impact our mental state (again positively or negatively). This results in a complex interrelationship between our minds and bodies.

Mind-body specialist Dr. James Gordon states that the mind and body are essentially inseparable: "The brain and peripheral nervous system, the endocrine and immune systems, and indeed, all the organs of our body and all the emotional responses we have, share a common chemical language and are constantly communicating with one another."

You May Also Like:Regaining Control of Your Life With Exercise
Related Search Topics (Ads):

The mind-body connection is what differentiates yoga from most other forms of exercise. Practicing yoga has many benefits like increased flexibility, increased cardio vascular endurance and improved metabolism.

But it is the positive improvement in the mind-body connection that will most likely benefit people with bipolar.

Getting Started With Yoga for Bipolar

Like with any instance of bipolar and exercise, you will first need to contact your doctor to ensure you are physically able to participate.

Yoga classes are offered in private studios, with gym membership and at community centers. There are also hundreds of yoga videos available online.

Once you have decided on a class, all you need are loose-fitting clothes and a yoga mat — no shoes are required. If you decide to try yoga start out with a gentle form of yoga and give yourself time to acclimate to this new hobby.

Be sure to track any benefits to your bipolar and discuss with your psychiatrist or therapist!

Sharon Davis
Sharon was diagnosed with bipolar disorder when she was 35 years old. Although she has faced many struggles since her diagnosis, she has come to embrace her condition and the unique way in which she interprets the world around her. See all of Sharon's articles
More Articles by Sharon
Resources
Print This