Can Bipolar Be Passed Down Through Genetics? 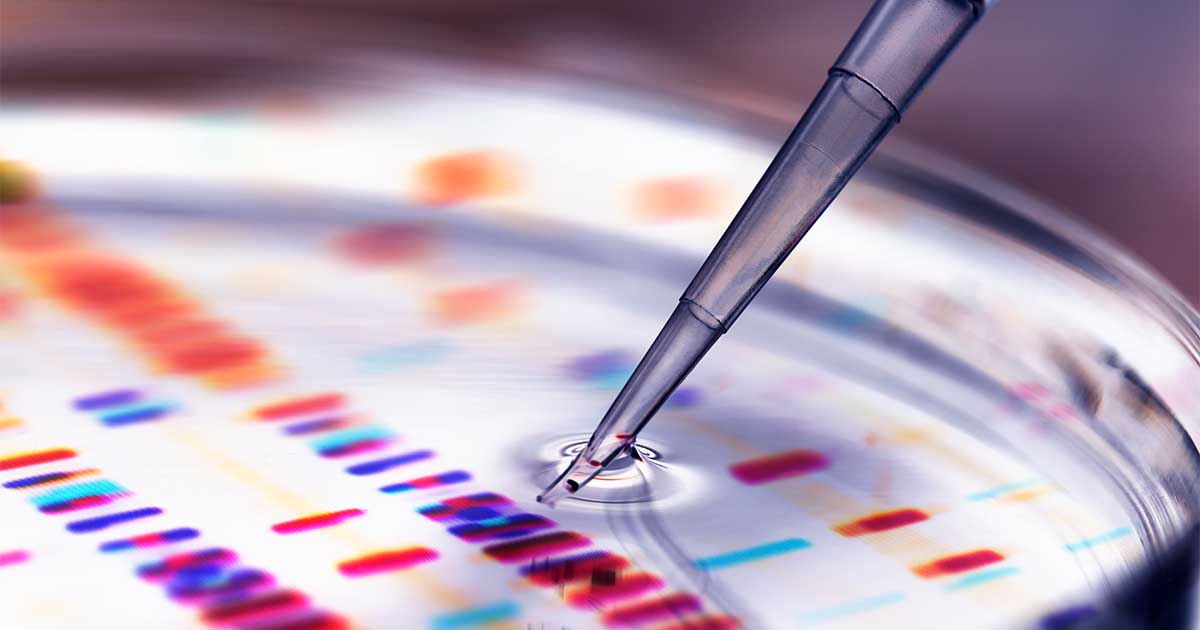 Bipolar disorder, once known as manic depression, is a mental health condition that affects roughly 2.8% of the U.S. population. This disorder is characterized by sudden, often extreme shifts in mood between mania and depression. Unfortunately, the causes of bipolar disorder are variable and largely unknown. But with 6 million people in the population affected, you start to wonder: is bipolar disorder genetic?

Bipolar II is marked by periods of depression separated by hypomanic episodes. Hypomania is less severe than the manic episodes of bipolar I – some individuals may present to others as simply being more functional or productive than usual.

This is also known as cyclothymia and is characterized by depression lasting two years (one in adolescents) mixed with hypomanic episodes.

What Are the Symptoms?

The symptoms of each of these disorders are highly variable. They depend on the person’s psychological makeup, as well as where a person is in their bipolar cycle.

On the other hand, depressive episodes may come with:

Now that we have an understanding of bipolar, let’s delve into the field of genetics.

According to medlineplus.gov, genes are, “the basic physical and functional unit of heredity”. Each gene codes for a particular trait or set of traits. Often times, one trait, such as eye color, is determined by the interaction or presence of multiple genes. So…what is a gene?

Each gene is made up of DNA base pairs. When you arrange these base pairs in a set arrangement, you get a gene. These genes link together to make up your strands of DNA, which coil into chromosomes – those squiggly X-shaped structures you learned about in high school biology.

Every human has 23 pairs of chromosomes, one from mom and one from dad, to make 46 in total. Within these chromosomes, humans have the same functional genes, which assign hair and eye color, height, weight, and even predisposition to certain illnesses.

The reason that humans vary in appearance is due to alleles, or instances of the same gene that code for different versions of the same trait by altering a few base pairs. This is why siblings can have different eye and hair colors, even if they share both parents.

What Does it Mean to Have a ‘Genetic Predisposition’?

If a trait or condition is genetic, or hereditary, that means that it can pass from parents to offspring via their genes. As we briefly mentioned, every child gets one chromosome from either parent, which means children are born with half of their parents’ genes.

One famous example here are the BRCA1 and BRCA2 genes. Mutations in either gene greatly increase the risk of both breast and ovarian cancer. It’s estimated that in about 5% to 10% of cases, these mutations are hereditary, which means a mother with breast cancer may pass on an increased risk of developing breast cancer. However, not every child of a parent with a BRCA mutation will develop breast cancer.

So, Is Bipolar Disorder Genetic?

It’s long been thought that bipolar disorder has a genetic component. Family members with a bipolar parent or sibling are more likely to develop bipolar disorder themselves. However, there have also been instances wherein bipolar disorder skips one or more generations. This suggests that both genetic and environmental factors may play a part.

Studies on the Inheritability of Bipolar Disorder

While the research around whether bipolar is genetic or environmental is still in its infancy, preliminary results have been somewhat mixed.

One 2009 review in the peer-reviewed journal Neuroscience examined the results of twin, linkage, and association studies. This review found that twin studies suggest bipolar disorder is genetic, and that having a relative with bipolar increases your risk of developing bipolar tenfold.

Another review from the peer-reviewed journal Dialogues in Clinical Neuroscience looked at the results of family studies. These include twin studies, adoption studies, and segregation analysis. The authors found that family-based studies suggest bipolar I in particular is most likely polygenetic, which means several genes contribute to an increased likelihood of developing bipolar disorder.

A third study from 2014 examined the genes that scientists suspect could play a part in bipolar disorder. The authors here conceptualize that because the clinical presentation is highly variable, bipolar may be a group of related mood disorders that cycle in prevalence. They also note that most individuals who carry the most common risk allele are not expected to develop bipolar, which suggests it is a “complex” disorder. However, they do concede that bipolar disorder can be genetic, as twin studies suggest a 60% to 80% hereditability.

Unfortunately, researchers thus far have been unable pinpoint a single cause of bipolar disorder. Instead, bipolar seems to be multifactorial, meaning a combination of genetic and environmental factors are most likely at play.

That said, most recent science suggests that bipolar has a genetic component. While which genes – and how many – are involved is still up in the air, the evidence from family studies is fairly conclusive. But genetics aren’t the only risk factor for developing bipolar.

For instance, some brain studies suggest that individuals with bipolar have different brain structures. However, this science is still in its infancy – much more research is needed to reach a definitive conclusion on which structures are involved, and to what degree.

And of course, we have the environmental factors. In some cases, it’s hard to determine which came first: the bipolar disorder, or the risk factor. For instance, illegal substance abuse and alcohol dependence are common in individuals with bipolar. But while some individuals appear to develop bipolar after they take drugs, others use the drugs to treat their symptoms.

Additionally, anxiety disorders and ADHD are more likely to occur in an individual who has bipolar disorder. However, here too, more research is needed.