6 Warning Signs of Bipolar Disorder to Be Aware Of 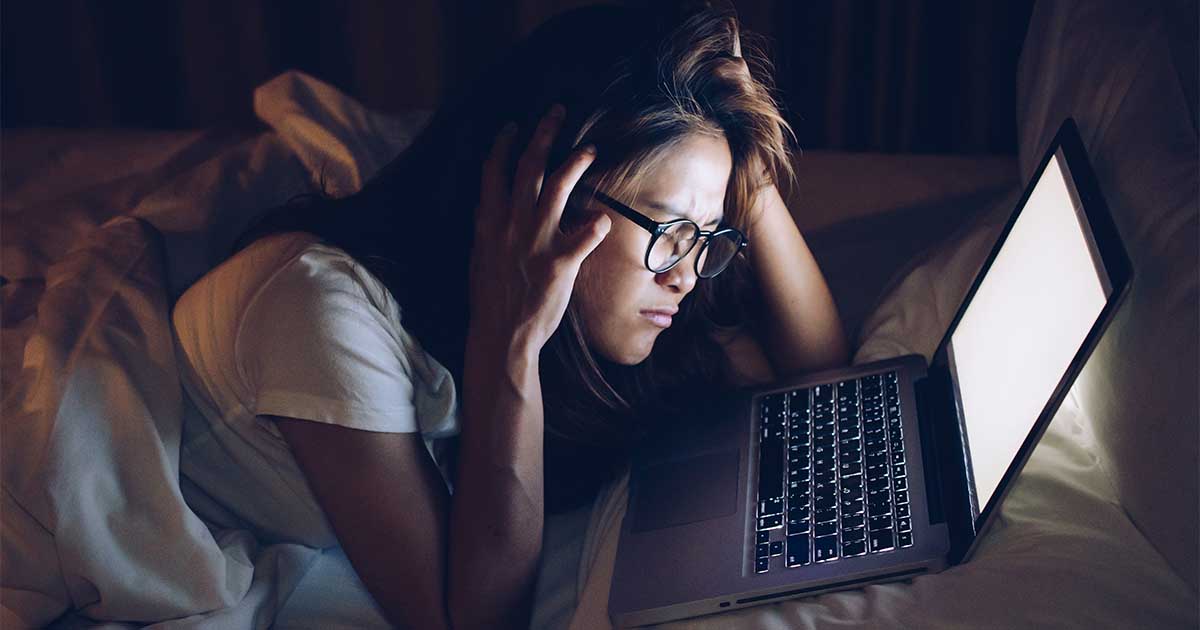 How to Tell if Someone is Bipolar

Bipolar disorder can be difficult both to identify and to diagnose. This is why it is good to know how to tell if someone is bipolar. There are tons of mitigating factors, ranging from bipolar similarities to other mental illnesses, such as BPD, to the fact that many with bipolar have a secondary mental health condition that can cloud their symptoms.

Unfortunately, this means that it takes an average of 10 years from the onset of symptoms for a person to receive a proper bipolar diagnosis. But it does not have to be this way. Now more than ever, there are dozens of ways for individuals with bipolar to seek out treatment.

So, do you want to know how to tell if someone is bipolar? Well, if you suspect that someone you love is bipolar, you can help by educating yourself and offering words of encouragement. Armed with compassion and understanding, you can take steps to ensure those you care about are, in turn, cared for.

There is also a fourth diagnosis, often called bipolar not otherwise specified (bipolar NOS). Individuals with bipolar NOS often have symptoms of bipolar in the wrong time frames or with less severity than a “normal” bipolar diagnosis.

6 Red Flags That Show Someone You Love May Have Bipolar

Each of the disorders above has its own range of signs and symptoms. These can vary wildly depending on the specific diagnosis, as well as the individual. That, plus the fact that bipolar individuals “swing” from mania to depression, can make it difficult for loved ones to recognize larger patterns.

If you suspect that someone you love may be bipolar, here are six big signs to watch out for in past, present, and future behavior.

1. Shifts Between High and Low Energy

Mania (or hypomania) and depression are the juxtaposed hallmarks of bipolar disorder. As such, individuals oscillate between the symptoms of both mental states according to their internal clock and external pressures.

During a manic phase, a person may appear to have too much energy out of nowhere. They may feel elation, euphoria, or excitement for days on end. Others may primarily express this energetic excess by becoming frantic or irritable.

Mania may also present with periods of racing thoughts and speech, which can lead to out-of-character slurring or shouting.

Often times, it is harder to recognize the symptoms of hypomania, but they will be there. For these individuals, they may suddenly snap out of a depressive funk and become productive. This can look like performing well at work, spending more time with friends, or making great strides in their favorite hobbies. They may also be happier, more irritable, or speak more quickly than usual.

During a depressive episode, however, all of this energy may suddenly disappear. A once high-functioning, excitable person may become lethargic, aggressive, or angry. They may withdraw from beloved activities, work, or even friends and family, too.

Both mania and depression can lead to sleep pattern changes as well. A person who is manic may suddenly find themselves awake for longer periods of time. In less severe manic phases, they may wake up a few hours early, go to bed later, or some combination thereof. On the other hand, with more severe cases, people may go days without sleeping a wink. But despite these changes, they may show no usual signs of being tired.

Depressive swings that present with sleep disturbances often swing the other way, with the person feeling tired all the time. Someone who once slept through the night may be unable to sleep at all despite their desire to catch a few z’s. Alternatively, some people who were once early birds may find themselves incapable of dragging themselves out of bed for even a few hours.

3. Engagement in Unusual or Risky Behaviors

Impulsiveness and risk-taking behaviors are not limited to those experiencing mania, but it can greatly increase the chances. A loss of inhibitions or an increased desire for thrill can lead to behaviors such as:

Sometimes, mania also comes with delusions of grandeur. An increased sense of self-importance or belief in their abilities can make people feel like they excel in a particular skillset or take extreme risks. The presentation of such grandiosity runs the gamut from taking up skydiving to renovating their houses to writing the next Great American Novel in a day.

But such delusions inevitably come to an end. When the mania wears off, and their high energy fades, they are likely to lose interest in their new hobbies, sometimes for forever.

Mania can also lead to hypersexuality, wherein a person’s sex drive and sexual fantasies increase. They may suddenly start having affairs, make unwanted or unusual sexual advances to strangers or partners, visit prostitutes, or engage in a lot of random or unprotected sex.

On the flip side, depression can kill a person’s sex drive. This may happen overnight or gradually, but the result is the same: a once sexual individual no longer finds pleasure, joy, or interest in bedroom activities.

Substance abuse is unfortunately common in those with mental illness, and bipolar is no exception. In fact, it is estimated that up to 60% of individuals with bipolar disorder abuse drugs or alcohol.

The reasons for drug use in the bipolar community vary wildly. Some individuals use them to cope with or manage their symptoms, or as a result of the recklessness that can come with mania. More than a handful have an independent addiction disorder that requires specialized treatment.

Drug use can make getting a diagnosis and managing mood swings challenging in individuals with bipolar. Some drugs, such as cocaine, alcohol, and methamphetamines can mimic the effects of mania or depression. This can cloud a diagnosis or make treatment less effective but no less imperative.

Both mania and depression can increase a person’s risk of suicidal ideation or behavior. If someone close to you suddenly exhibits suicidal tendencies, call the National Suicide Prevention Lifeline at 800-273-8255. If it is an emergency, you can also call 911 or take them to the nearest emergency room.

Signs to watch out for include:

What Should You Do if You Suspect Someone Has Bipolar Disorder?

Now that you know the major signs to look for, it is important to know what to do with this information. After all, this knowledge is most useful as a platform to act.

If you suspect someone you know has bipolar disorder, the first thing to do is to recognize that only a trained mental health professional can make a diagnosis. You’re not here to diagnose or judge – you are here to help and support the ones you care about.

One of the best things you can (and should) do upfront is to learn more about bipolar disorder. Our website is a great start, especially for gaining a first-person perspective. You can also look into professional resources from the National Institute of Mental Health, the National Alliance of Mental Illness, and the American Psychiatric Association.

Open a Line of Communication

Once you are ready, you can start a conversation with the person in question. Keep in mind that bipolar does not mean unaware – they may have the same suspicions as you, or they may not. As such, it is important to approach them with compassion, kindness, and sensitivity. Do not force them into an intervention or press the issue if they are unreceptive.

One of the best ways to start such conversations is to express concern or ask questions about how they have been feeling. Note the symptoms that caught your attention, that you want to support them no matter what, and that you are willing to be a listening ear. If they shut you down, do not force their hand but do let them know you are here when they are ready.

Find Them Help and Resources
When they are ready, you can encourage your loved one to seek professional help. If you are willing and able, you can mention that you will help them do research or make an appointment with a doctor or psychiatrist.

Depending on your relationship, you can even (gently) offer to go with them as moral support. Whether they want you in the driver’s seat, the waiting room, or even right there in the doctor’s office, knowing that you are willing to start the journey with them can lift a huge weight off their shoulders.

Be Prepared With Alternatives

Not everyone will be open to these conversations or to seeking help. There are plenty of reasons for this, from prior bad experiences, daunting costs, or fear of leaving the house. In some cases, the person may be willing to make an appointment only to be scheduled months out.

In these cases, there are additional options to help your loved one seek help. Mental health apps, such as those to track moods or encourage meditation, can be a great place to start. (Not to mention, mood tracking will be helpful if/when they ever get to a doctor.) Support groups are another option, and best of all, they are usually free and require no appointment. There are hundreds of support groups around the U.S. and many more online. All you have to do is fire up that Google engine.

But the most important thing you can do for someone is to be there. Offer a listening ear, an open shoulder, or maybe even a couch to crash on. You never know what small action may have a big influence in their lives.