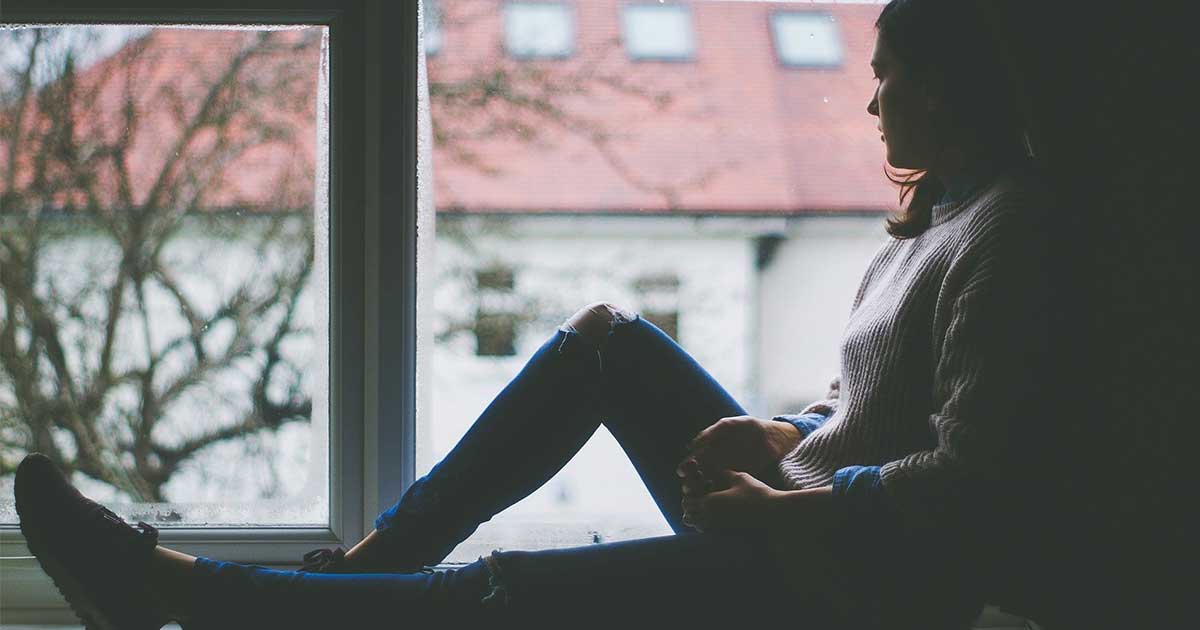 If you want to learn more about the symptoms of bipolar disorder in women, NewLifeOutLook is a great place to start.

As a woman who lives with bipolar disorder, I can provide a unique perspective on this illness. I have lived with this disorder for 27 years. Plus, I have spent countless hours going down research rabbit holes to learn as much as I can about this illness from a clinical point of view.

In other words, if you are here to learn more about bipolar symptoms in women for yourself or someone you care about, you are in good hands.

The National Institute on Mental Health (NIMH) reports that "bipolar disorder, sometimes referred to as manic-depressive disorder, is characterized by dramatic shifts in mood, energy, and activity levels that affect a person’s ability to carry out day-to-day tasks. These shifts in mood and energy levels are more severe than the normal ups and downs that are experienced by everyone."

In simple terms, bipolar is a mood disorder that causes mood swings on the depressive-manic spectrum. If you think you or a woman you care about might have this illness, the most obvious early warning sign to watch out for is extreme highs and lows. You can learn more about the specifics of living with bipolar disorder here.

Someone with this disorder will experience periods of depression (also known as "lows" or "downs") and periods of mania or (referred to as "highs" or "ups"). There are usually periods of normalcy in between. Depression or mania may last weeks or months. Manic times typically last for days or weeks. However, note that there are different types of bipolar disorder, which you can learn more about.

According to NAMI, 2.6% of American adults (6.1 million) have bipolar disorder. NAMI reports that men and women are equally likely to have the illness.

As I have mentioned, depression is at one end of the bipolar spectrum. Depression is caused by a depletion of feel-good chemicals in the brain (namely, serotonin and dopamine). Understanding depression symptoms is critical to being educated about bipolar disorder in women.

During depression, we have a loss of energy and feel lethargic. I often compare it to a feeling of wading through wet cement.

Here are some common symptoms of depression in bipolar disorder:

During a depressive episode, women with bipolar disorder usually lose interest in people, activities, and responsibilities that otherwise truly matter to us. We become apathetic, indifferent, and disinterested.

We stop participating in relationships with people we truly love. We neglect important work-related projects. We disregard important life duties like paying the bills and home maintenance, and we completely neglect self-care.

When things get really bad, we become completely oblivious to personal hygiene. We stop bathing. We wear the same clothes for days at a time. We might lose our appetite and stop eating.

Basically, once apathy sets in during a depressive episode, nothing really seems to matter. This leads to isolation and withdrawal.

In the midst of our current global health crisis, we are being encouraged to keep an appropriate social distance from one another. These extreme measures have been taken to help prevent the spread of the COVID-19 virus. Many of us have self-quarantined and we are not interacting with anyone outside our immediate family.

However, social connection is important for wellness. We are encouraged to maintain a support network because we thrive when we maintain healthy connections with others. Uplifting relationships are especially vital to those of us who have bipolar disorder.

But, when we are experiencing bipolar depression, we will usually withdraw. We isolate ourselves and cut ties to those who care about us. We often stop answering texts and phone calls and get off social media.

When a woman starts to isolate and withdraw, it may be a sign of depression. This could be a symptom of bipolar disorder.

Thoughts or Plans of Suicide

Apathy and isolation can cause a woman with bipolar depression to feel a profound sense of hopelessness. This can lead her to begin having thoughts of harming herself or actually become suicidal. In many cases, this can actually lead to suicide.

According to the American Foundation for Suicide Prevention, suicide is the tenth leading cause of death in the United States. Women with bipolar disorder are especially vulnerable to suicide.

If a woman with depression begins talking about killing herself or makes an actual attempt, she should seek help immediately.

Mania is on the opposite end of the bipolar spectrum from depression. It is characterized by a significant increase in energy, which can last for days or weeks. Mania (or hypomania, which is a milder form of mania) is just as disruptive and dangerous as depression.

While depression makes us feel terrible and even suicidal, mania can make us feel fantastic. As opposed to the lows of bipolar, the highs can cause us to feel very much alive. This can be dangerous because we can ignore the pitfalls that often lay ahead.

Here are some common symptoms of mania in women:

During a manic episode, energy runs high. Remember those feel-good chemicals serotonin and dopamine I mentioned earlier? These are depleted during a depressive episode. Conversely, they surge during mania. This causes an extreme rush of energy, which reduces the need for sleep.

A woman who is experiencing mania associated with bipolar disorder has little or no need for sleep. This is called insomnia. She can go days or even a week without so much as taking a nap. Friends and loved ones may mistakenly think she is under the influence of drugs like crystal meth or cocaine.

Sleep deprivation is dangerous. It negatively affects motor skills and causes impaired judgment, which can be dangerous. If you or the woman you care about experiences periods where sleep is not needed (and this is not caused by drug use), this should be cause for alarm.

Rapid speech is another symptom of bipolar mania in women. During a manic episode, the body speeds up due to the increase in energy. Speech is directly affected. This is another example where onlookers might mistakenly think the woman in question is under the influence of a stimulant like cocaine, methamphetamine, or a prescription drug like Adderall.

A phenomenon called pressured speech also accompanies rapid speech during a manic episode. This is a sensation the talker experiences when they are communicating verbally. Those with bipolar say that when they are manic, they feel as if they have so much to say and they have a need to get it all out. It is as if they have all these sentences backed up in their mind and the pressure to say them all in a short period of time.

Combine rapid speech with pressured speech and you wind up with someone who sounds like a lunatic. (At least that is what my family lovingly tells me when we talk openly about my manic episodes after the fact.)

Risky behavior is to be expected during manic episodes. This aspect of the illness can be dangerous for women who have the disorder. Mania makes those of us with bipolar feel invincible. We either become oblivious to the consequences of our behavior or, quite frankly, we just don’t give a damn.

When we are flying high, we are impulsive and we act with little or no thought to what we are doing. We may spend excessively and run up the credit cards or blow the rent money on things we don’t need.

We might drink alcohol excessively, use drugs, gamble, or engage in other compulsive behaviors. This might include engaging in risky sex. Or, we might drive recklessly and put our lives and the lives of others in danger. However, there are ways to stay sober during an episode.

No matter the specifics, mania is almost always associated with risky or dangerous behavior.

Treating and Living with Bipolar Disorder

We have talked about the symptoms of bipolar disorder in women. Now, let’s talk about treatment.

It is important to note that no matter how desperate a situation may seem, there is hope. I am a woman living victoriously with bipolar disorder. I love my life. I am pursuing my passion as a mental health advocate and professional writer. I have a strong support circle. I enjoy life’s simple pleasures. I am comfortable in my own skin, which is a true blessing.

I tell you this because I want you to know that help is available. I was on the roller-coaster for years and never thought I could actually enjoy my own life, but I do! You can find balance. You can learn how to live and enjoy your life. Recovery is possible.

Bipolar disorder is managed with medication, psychotherapy, peer support, meditation, and other methodologies. I truly believe there is not a one-size-fits-all approach to treating this illness. Every woman with this disorder has to find out what works for her.

That being said, bipolar disorder should be properly diagnosed and managed by a doctor. If you believe you or a woman you love has this illness, seek help from a mental help professional. Once a diagnosis has been made, you can work closely with a psychiatrist to make a treatment plan and figure out what direction to take.